"Pro-Choice People Are So Dumb!!" On the Vice of Misunderstanding

If you read posts on abortion critics' organizations' social media pages, it is very common to see posts and comments much like these: 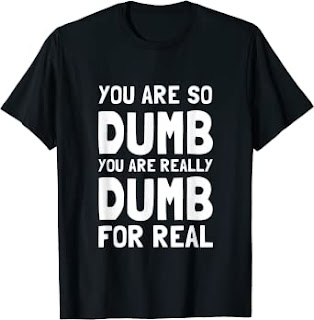 Now, I agree that many pro-choice people misunderstand many things about abortion. They sometimes, indeed often, say silly, misinformed things in defense of their views, and their objections and responses to contrary views are weak.

This is all unfortunate since there are good arguments for their views: they could be more informed and engage the issues and the people they disagree with in more productive ways (and so the message of this post is for them too!). That is one of the most important themes of the Thinking Critically About Abortion book, which was not any kind of "tract" or cheerleading for the typical pro-choicers' understanding of the issues: just because their broad conclusion on the issue is correct, that doesn't mean their reasons are good.

The problem though is that the abortion critic here is also seriously misinformed: they say silly things too, although often about more abstract, controversial issues than what the pro-choice person says silly things about.

How can this be corrected?

In short, people can learn about the issues in genuinely "fair and balanced" ways! How do you do that? Here are some quick ideas:

In short, people need to really better understand the issues and understand each other. They need to talk to people, listen, and seek to understand. Misunderstanding is a vice, but it can be overcome.

So, to return to the initial "gotcha" questions:

All these concerns (and more) are reviewed in the book and the many blog posts here.
While some pro-choice people may be "dumb," some of them are not: they sometimes simply have more complex views that don't readily translate to soundbites. It's these views that their critics first need to really understand, since understanding is a virtue and understanding is necessary for any effective critiques. And sometimes, understanding a view leads to understanding that it has merits too. Maybe even the pro-choice folks are right, at least about a few things, if not more.
* To be clear, I am certainly not claiming all abortion critics think or respond in ways that are described above. But it is common. The only anti-abortion organization that I know of that intentionally at least tries to avoid these problematic ways of engaging these issues and other people, and encourages others to do the same, is the Equal Rights Institute.