"If abortion is not wrong, then it's OK to kill sleeping or comatose people??!" 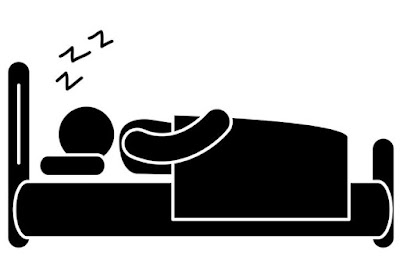 Hello Dr. Nobis,
I was alerted to the existence of your book "Thinking Critically About Abortion" via the Crusade Against Ignorance YouTube channel. When I found out that the book is free online, I instantly set out to read it, and I am very thankful that I did.
Prior to this book, I would have considered myself strongly pro-life but now I realize the topic is much more complex than I previously imagined. For that I am very grateful. Since we are in a collective pursuit of truth, it does us no good to characterize opposing beliefs incorrectly.
After finishing the book, I still have a question about the abortion debate:

Many pro-life activists frequently resort to a reductio ad absurdum argument to address the consciousness standard similar to the one laid out in your book. For instance, one might say "if it is the case that it is not unethical to kill an unconscious fetus, would it be morally acceptable to kill other humans who lack consciousness (e.g. someone in a coma)?"

What is your reaction to these popular reductio arguments?

Thanks in advance!
Here is my response.
Thanks for reading and for your kind words!
In too quick reply, while pre-conscious fetuses and unconscious people (sleepers, individuals in comas who eventually wake-up from those comas, etc.) both are not conscious, the latter have been conscious and, when they awake, there will be a psychological connection to that past consciousness: there will be memories to the past, and the beliefs, knowledge and relations from the past will extend into that present and future.
That is relevant to concerns about harm and personhood, at least. To harm someone is to make them worse off compared to how they were. If a sleeping person or someone in a temporary coma were killed, that would make them worse off compared to how they were.
What's key is that they were: they existed as a conscious being and so any and all of their desires, plans, expectations, hopes, and connections are thwarted if they are killed, which is bad for them (and usually others too).
Beings that have never been conscious don't have any of that and so things cannot go worse for them, since there really is no "them" yet, since there is no person who experiences anything, and so there's no person that things could take a turn for the worse for. This was discussed in the section "5.2.2 Early fetuses aren’t conscious & feeling: personhood and harm," if you'd like to review that also.

So that's my quick response to the question. I want to observe that I have seen this objection or argument before, and from people who really should know better because they teach philosophy courses and know two of the rules from Philosophy 101:
Consider objections: present and respond to objections to your views.
Don't "strawperson" anyone: present views in their strongest form possible, especially when you might disagree with those views: don't "strawman" or "straw person" views. (The person who emailed me rightly characterized this goal this way: characterize opposing beliefs correctly.)
So, to seriously argue that "If abortion is not wrong, then it's OK to kill sleeping people" or that "If abortion were not wrong because fetuses are not conscious, then it would also be OK to kill sleeping people and people in comas" is to violate these rules.

And it fails to consider whether the strongest version of this argument would be subject to this sort of objection anyway: e.g., compare these arguments:

So to seriously present this sort of argument, in the manner I have seen it presented, is intellectually and morally irresponsible: it's simply just sophistry and a dishonest attempt to persuade using bad arguments. And that's always bad, I hope everyone would agree and urge doing better. Let's do it!

Update: in light of some discussion of this post, I want to add these cases and questions for further discussion:

Imagine there's a sperm and an egg that, when united, a full-grown, pretty typical human person (or even a baby) would immediately "emerge" from the fusion. (Be imaginative, this type of thing is seen on TV quite often!). Questions: would it be wrong to not unite that sperm and egg? Is anyone obligated to unite this sperm and egg? Who, if anyone, is harmed if the egg and sperm are not brought together? What do answers here suggest for early abortions or the "moral status" of embryos and early fetuses?

This argument is superficially appealing, but the comparison doesn’t hold up. A sleeping person has desires and interests just like we do, and therefore they can be harmed when those desires and interests are thwarted. Of course, when you are asleep, you aren’t consciously holding any desires in your attention. But this is also true of most of your desires even when you are awake. If you love your children, you don’t stop loving them the moment you focus your attention on something else, like a football game. Likewise, you may not be thinking, as you read this “I don’t want to be killed” or “I value my car.” Yet it would still be wrong to kill you or steal your car.

Other blog posts are available here: here are some of them:
By Nathan Nobis