The Ambiguities of "Life" and "Human": Responding to Steve Jacobs at "Secular Pro-Life"

Steve Jacobs responded at "Secular Pro-Life" to this post of mine that was critical of his dissertation project, and I think his response misses the main issues. 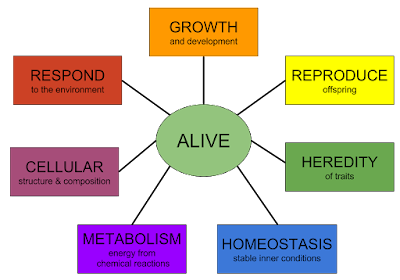 First, there's biological life, something being engaged in the biological processes that define life in a biological sense.

I think this explains the negative reactions that Jacobs got: people thought, "Oh, he's going to take my answer and use it to argue for conclusions that it really doesn't support." And they were right about that. (Right?).

You can get at that by thinking about the question "When does a human's life end?"

Most people recognize that this is a complex question because of examples like a permanent coma or permanent vegetative states or major, major brain damage. In these cases, someone's body may be alive, but their brain is dead: so we often think that their life has ended, even though their body is biologically alive.

Why has their life ended (even though their body is biologically alive)?
Because their consciousness has permanently ended: they exist no more: there is no individual or person there anymore, and nobody who can be harmed anymore. So, while there are different ways to put this, we’d say their “biographical life” ended even though their body remains biologically alive.

So back to the question: when does "life begin" for us, and “life” in the morally significant sense, or "biographically human life"? When consciousness begins. And this is a different answer than the biological answer, in part because it's a different question: it's not just about biology; it's about us and what we really are: although we are very much related to our bodies, we are not our bodies.

So, this problem all arises from asking an ambiguous question and not clarifying the options for what the question might mean: in other words, not engaging in a core task of critical thinking. Had that been done, the answers here, from biologists and anyone else, likely have been quite different, as would have been the tones of their reaction!
Especially related blog posts:
All blog posts are here.
Updates:

If a fetus is not a human, then abortion restrictions stop women from having a basic, harmless medical procedure.

If a fetus is a human, then each abortion kills a human and is a presumptively punishable crime without an affirmative legal defense.

About the second claim, each fetuses is obviously "a human" in the biological sense and abortion kills beings that are biologically human: every thoughtful pro-choice person recognizes that (any who are not are confused). What they deny is that fetuses are "human" in the sense of having what they consider human characteristics, like consciousness, feelings, awareness, and so on, and they think that those types of characteristics are what make killing someone wrong. So this statement suggests a misunderstanding of what people actually think about about these issues.

About the first claim, again, of course fetuses are biologically human, but they are not "human" in the sense of having what they consider human characteristics, like consciousness, feelings, awareness, and so on. But that doesn't automatically mean that abortion is not wrong either: e.g., the most famous and important philosophical argument against abortion, from Don Marquis, denies that fetuses are "human" in this sense. So this claim is false: even if fetuses aren't human in this sense, they could be wrong to kill nevertheless. 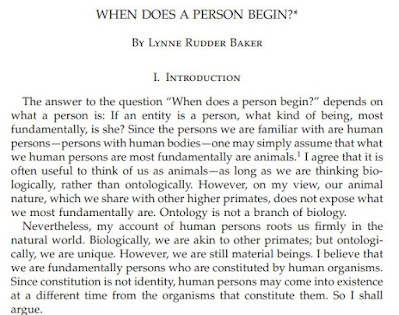 Another update: see my 'When does “life” begin? When it comes to abortion, it depends on what you mean by "life"' at Salon.
Another update:
In engaging Jacobs on these issues (on Twitter), it seems very common for him to observe that his survey results were these:
Now, about the first claim, is this, in general true:
This is false. What are great examples to show this?
About the second claim, since many or most of the biologists surveyed are pro-choice, that just shows that they (like many or most people!) are informed enough about the ethics of abortion to understand that just because an embryo is a living organism, from or near conception, that does not mean, or even much suggest, that abortion is wrong or should be illegal. That, of course, is what led to the angry reactions: their biological claims were twisted to try to support an agenda that they, and their biological claims, don't support.
By Nathan Nobis