Abortion and Ethics 101: An Introductory Overview

My "public engagement" on the topic of abortion has, from the beginning, been motivated by the thought that abortion is a complex issue that philosophers actually know a lot about. So, if more people understood abortion the ways philosophers do, discussions of it might be better and we might actually make more progress on the issue, in terms of how it's generally understood and engaged.

So here is a quick discussion of some of the core issues that can serve as an introductory overview of the topic. 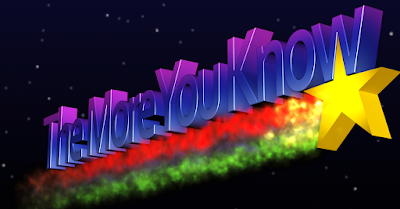 Many people ask, "Are fetuses alive, living or life?" and are otherwise obsessed with the question, "When does life begin?"

The clear and obvious answer here though is, "Yes, fetuses are biologically alive: they possess the characteristics of living things, reviewed on page 1 of any beginning biology textbook." (How could anyone deny that?)

But is this true? All things that are biologically alive, living, or life are prima facie wrong to kill.

("Prima facie" is a useful phrase that philosophers use that basically means, "in most circumstances": it contrasts with "always," or "necessarily." It's useful because it allows us to set aside various "whatabout?" questions about extreme, very usual situations).

No, not at all. Uncontroversial counterexamples are easy to find: bacteria, mold, plants, etc. So it is not true that all things that are biologically alive, living, or life are prima facie wrong to kill. That was a core premise of the argument and it's false.

Note: there is another meaning of “alive, living or life.” For example, Howard Thurman wrote, “Don’t ask what the world needs. Ask what makes you come alive, and go do it. Because what the world needs is people who have come alive.” By "come alive," he clearly didn't mean biologically alive: he meant something like that you have found something you are passionate about or a chosen purpose. Something like this is another meaning of "being alive" and the like.

While it's true that anything "alive" in this meaning or sense of the term is prima facie wrong to kill, fetuses are not "alive" on this meaning, despite being biologically alive.

But is this true? All things that are biologically human are prima facie wrong to kill.

Now, again, maybe people mean something different when they say they are concerned about whether fetuses are "human," but this is the language they often use: if they mean something more specific, they should say that: they can and should learn to better state their own views. They can and should learn more about the topic so they can do just that.

Is each fetus a human? Are fetuses humans?

But is this true? All things that are biologically human organisms are prima facie wrong to kill.

Here is where things start getting abstract and challenging. This is where many people "fall off the wagon" in terms of being willing and able to productively discuss the issues.

This premise takes us to these questions:

These are abstract questions. We don't often ask these questions in "daily life," but potential answers need to be identified and reviewed if we want to think about this topic in serious, informed ways.

Many of the what are often viewed as best-developed and most plausible answers here are going to appeal to human organisms' having minds or mental lives or consciousness or awareness and feelings. This type of answer, however, isn't going to readily apply to at least beginning fetuses though, since they lack that.

Now, there are alternative views that will appeal to something potential for having a mind, or being the kind of being that is a conscious, sentient being, and these theories need to be reviewed and carefully evaluated.

So, in sum, thinking about abortion leads us to the abstract question of what makes us prima facie wrong to kill or why we are prima facie wrong to kill. Most people haven't studied the variety of answers to this question and their potential strengths and weaknesses. Most people haven't studied how you would evaluate answers to these questions or have developed trained skills at doing that. But having this understanding and these skills would help with this, and these are gained in philosophy courses.

It's often asked, "Are fetuses human beings?" Again, it depends on what you mean by “human beings”! If "human being" means "biologically human organism" then, "yes," but, as we've seen above, there are live, relevant questions about what makes human organisms have, say, basic moral rights (to life, etc.).

It's often asked, "Are fetuses (human) persons?" Depends on what you mean by “persons”!

To answer this question though, we can ask this: "You are a person: why are you a person? What makes you a person?"

To answer this, we can think about when and why our personhood could end: death? Brain death? Permanent coma? These all involve the permanent loss of consciousness, which suggests a key aspect to being a person is being a conscious being. (A further data point is that to "personify" something is to give it a mind, with awareness, thoughts, feelings, and so on; this suggests that these are, roughly, the traits of persons).

But beginning fetuses do not have minds: they are not conscious or aware. So they would not seem to be persons, given what persons seem to be like.

But is this true? If X is a potential Y, then X should be treated now like an actual Y. No.

So something being a potential person does not seem to result in it having the rights of a person or it being that we must treat it like a person.

7. THE RIGHT TO LIFE

Do fetuses have the right to life that would make killing them wrong? Two questions:

Again, these are both abstract questions that require thoughtful, informed answers. The first question is basically discussed above and here's some discussion of the issue at the Stanford Encylopedia of Philosophy, where you will not find answers along the lines of "humans have rights because they are humans, or because they are human organisms," since these are unexplanatory answers.
The second question's answer seems to be "no," with relevant suggested implications for abortion. Of course, there are many objections here and claims that by consenting to sex, women also consent to pregnancy and childbirth, but these claims are dubious, of course: it's fair to ask why we should think that if you do something, knowing that something else might happen, you just must accept that something else, since we don't think that about anything else. 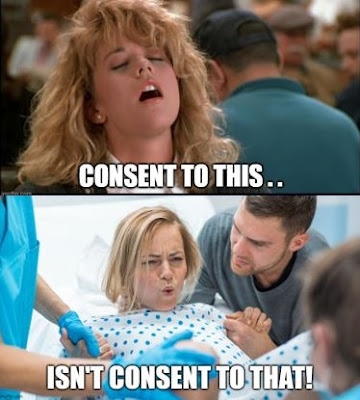 In sum, abortion is a complex issue. The more people understand the issues, maybe the better we'd be. The materials on this page can help with that.
All blog posts are here!
Read more »
By Nathan Nobis No comments:

This came out on "Townhall":
‘Pro-Choice Ethics’ Prove Abortion Isn’t Murder: A Response

Katie Yoder
|
Posted: Oct 25, 2021 12:01 AM
In very quick reply, we do discuss later abortions at the end of our [update: AWARD WINNING!] Salon article. On the law and later abortions, see the section after here and here for clarification and correction.
She asks a lot of rhetorical questions in her article about consciousness. These questions could be answered if anyone was interested (is anyone interested? If so, let me know). But here's a brief discussion of the value of consciousness and its relevance to these issues.
Thanks!
By Nathan Nobis No comments:

A short Youtube video on the often-heard, very simple arguments that "fetuses are alive" and "fetuses are biologically human" and so therefore abortion is usually wrong (also on TikTok):

And another short video on personhood (also here on TikTok):