Yesterday I ran across Alexandra DeSanctis’s November 14, 2019, National Review article “An Honest Abortion Debate: A response to Caitlin Flanagan’s essay in The Atlantic.”  I’m late to this discussion, but, since I found DeSanctis’s discussion to be not optimally “honest,” in a sense, I wrote up this post.
First, DeSanctis says this:

It's worthwhile to notice that she doesn’t give any reasons to believe this though. I don’t suppose there’s a rule on the universe that if you say something controversial you must provide evidence, but there is a common idea that debatable claims should be supported: this is the "honest" and respectable thing to do. But maybe she just expects her readers will agree with her on these claims and so there's no need or this just isn’t the place to support these claims; I don't know.

DeSanctis’s most important discussion, however, is to a part of Flanagan’s “The Dishonesty of the Abortion Debate: Why we need to face the best arguments from the other side” where Flanagan discusses what she sees in images of 12 week (= 3 month) old fetuses: “Here is one of us; here is a baby.” 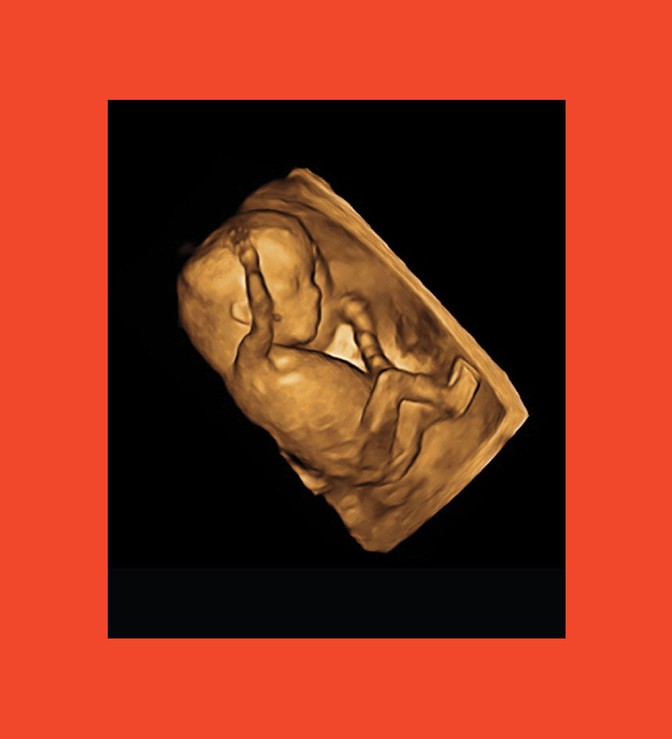 She expresses concern about these abortions:

“. . these are human beings, the most vulnerable among us, and we have no care for them. How terrible to know that in the space of an hour, a baby could be alive—his heart beating, his kidneys creating the urine that becomes the amniotic fluid of his safe home—and then be dead, his heart stopped, his body soon to be discarded.”

She then responds to this with, among other things, the observation that abortions are going to happen anyway: “No matter what the law says, women will continue to get abortions.”

This might not be a great reaction. In general, responding that something is going to continue happening in some way, no matter what, doesn’t much support or excuse doing that thing. A better response, from the concerns these images raise, might be to urge that abortions happen as early in pregnancy as possible, before the fetus much resembles what is seen in these images and that society is structured so this is so.

DeSanctis concludes with this:

The chief strength of Flanagan’s essay is its nod to the power of ultrasound technology, which reveals what our abortion debate so often leaves out: These are human lives. The conflict over abortion is dishonest and unwinnable not because both sides make poor arguments, but because only one side is willing to admit that reality [that these are ‘human lives’].

As someone who teaches how to evaluate arguments and more productively debate, I have some responses.

First: thoughtful people who argue that abortion is generally not wrong do recognize that biologically human fetuses are, “human lives,” in one sense of that term (but not another, discussed below). Abortion involves taking something biologically human that’s alive and making it not alive, or killing it. To deny this is, well, I think just wrongheaded.

Second: however, it appears that most abortions occur far before 12 weeks or 3 months: around 2/3 occur before 8 weeks. So the fetal images that both DeSanctis and Flanagan focus on are not representative of most abortions.

One could, and should, be very concerned about abortions affecting later fetuses, but the best reasons to be concerned there ‒ concerning fetal consciousness or pain (see this article by DeSanctis where she reviews some new research on this topic) ‒ just don’t apply to earlier fetuses without brains or nervous systems developed enough for any form of consciousness. It’s not “honest” to take concerns motivated by 3-month-old fetuses and extend them to all fetuses or all, or nearly all, abortions, which is what I suspect DeSanctis does (at least some people do this, and she doesn’t clarify that she’s only thinking about abortions of 3 month or older fetuses).

Third: also, appearances can deceive: images can manipulate. Dolls can really closely resemble human babies, but dolls don’t have human rights. Fetuses, at “middle” stages, in some ways resemble babies, yet they might not have what arguably makes us have rights: consciousness, awareness, feelings, or sentience.

So it’s not quite “honest” to overlook the possibility that these images might manipulate us away from what’s relevant. Although a lot of people don’t approach this issue this way, a core question here is what makes something have rights and whether (or when) fetuses have that something. As the doll example shows, “looking like a baby” isn’t what gives something rights: it’s something else ‒ again, consciousness and feelings ‒ which far later fetuses have, but early fetuses do not.

Finally, there is an ambiguity in the idea of a “human life” that DeSanctis overlooks when she says of 3-month-old fetuses, “These are human lives.” It’s this: suppose someone was in a major car crash 10 years ago, they were in a coma for 10 years and today their body died. When did their “life” end? Their biological life ended today, but their biographically life ended 10 years ago. Which type of life is what matters? That question has to be answered to productively engage these issues.

In sum, both these articles had the words ‘debate’ and ‘argument’ in their titles, but really there wasn’t much in the way of arguments or debating or supporting claims with reasons. Attention to clear and carefully-made arguments would only help future debates on this topic; hopefully, this response will contribute to that.
All other blog posts are available here; here are some: