Review of "Embryo: A Defense of Human Life" 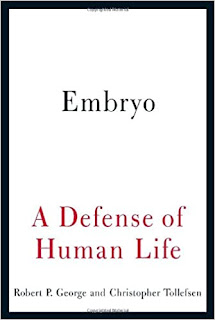