Many people have a hard time recognizing anything good in people they passionately disagree with.

Sometimes this makes good sense: for some topics there just are not "good people on all sides."

For pro-choice people, it's good for them to notice that who oppose abortion generally have at least two virtues:

Let's think about these virtues. 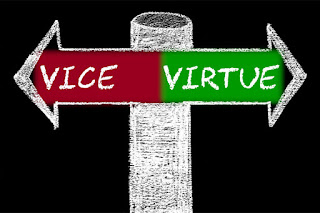 About the second virtue, here's the truth: if there's an injustice or something seriously wrong, anyone can and should point that out and oppose it.

Does their race, sex or anything else makes that opposition inappropriate? Should they not speak out or even just "think out" against these? No.

Suppose someone responds, "You aren't likely to become enslaved in any way - for all practical purposes that's so unlikely we'll call that impossible - so your views here don't matter! You should just shut up!"

That would be ridiculous, and that would be bad. Anyone should speak up against injustice when there's a genuine injustice.

Another example: many people (of all races, sexes, and anything else) advocate for the rights of animals. Does the fact that these people are unlikely to be eaten, worn, or experimented on mean that they shouldn't advocate for animals?

No. They have empathy for animals and can recognize that even if what happens to animals couldn't happen to them, it's very bad for those animals, it's unfair and oppose the injustice accordingly. And if they don't advance the case for, say, animals' bodily autonomy, nobody will.

Another example: white people can, do, and should argue that black lives matter. That they are white doesn't mean they shouldn't help advance that message or, worse, that they are wrong in making it.

Now, this doesn't mean that there's a time and place where it's better and worse for certain people to speak up and make a case and engage certain issues, and other people should be quiet and have more supporting roles. But it does mean that anyone could make the case, if and when there's a case to be made.

People who oppose abortion tend to realize this, which is virtue; pro-choice people sometimes deny this, which isn't smart, or effective; it's a vice.

So, there are (some) men who oppose abortion, and they try to explain their opposition and advocate for their point of view. Women who oppose abortion do not object, since they realize that one's gender or sex (or anything else) is just irrelevant to whether one can make a good case against some injustice.

People who oppose abortion realize the general irrelevance of gender to these issues, and they are correct: pro-choice people should learn from them.

That's the response that matters - that they are mistaken in thinking that abortion is nearly always wrong and an injustice; that they don't have good reasons to believe that - and that should be focused on, not whether the source of the error comes from a man or a woman. That distracts from the real issues and what needs to be productively engaged.

(An aside: would people generally know when they have bad arguments on these issues? Maybe not: most people -- including pro-choice people -- have no general, unbiased training or education on how to identify good and bad moral arguments. Is that a problem?)

About the first point, to say that that people who oppose abortion tend to give arguments is not to say their arguments are good or that their reasons should be compelling. It's to say that they try. They often try to explain why people should accept their point of view. They think about how they can help other people understand their point of view and what would change their minds towards it. This all is a virtue.

In contrast, pro-choice people often try to make their case with mere slogans and soundbites which are developed on the basis of groupthink and in their own "bubbles." They think about what sounds good to them, not what might appeal to someone who does not already accept their views on the issues. This results in appeals that wouldn't convince anyone other than current true believers in their cause. I'm gonna call this not even trying to give reasons or, at least, not trying very hard or anywhere near as hard as critics of abortion try; this is a vice.

Worse, some pro-choice people declare that the issues are "not up for debate," that abortion "shouldn't be discussed," that we "shouldn't even be talking about this."

How would this strategy, say, work in court?

"Your honor, in response to these legal and political attempts to restrict or end legal abortion, we submit that this issue is just not up for debate: our rights are settled here."

Is that going to win the case? No: despite anyone's denial, the issues are up for debate; the legal rights here are not settled (although the moral or natural rights are settled).

Does this strategy have any hope for influencing anyone towards their point of view? No.

What might do some good? Some suggestions are this:

How can one learn how to do that? Thinking Critically About Abortion and other educational resources. (Take some classes?!)

Should more people learn how to do that?

To me, the answer is clearly "yes." But for anyone who would respond "no," the question is this: beyond voting and legal action, what would be a better, more effective way of engaging the issues, other than trying to understand them better on all sides, and have better reasons and arguments?

There are other virtues and vices of both "sides" here? What are they?

* Note: while I used the phrase "pro-life" in the title of this post, this was only because "virtues and vices of critics of those who oppose abortion" was too awkward and long. As many others have observed, "pro-life" is not an accurate label for the position that abortion is typically wrong.