Is abortion "healthcare"? What if it often is not? 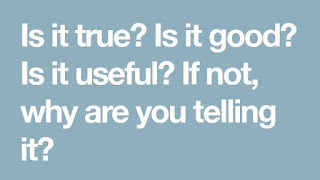 "Abortion is healthcare" is a slogan that's popular with some pro-choice people. Indeed, it's used as something of an argument for, or defense of, abortion:

Here are two fair questions of this claim:

How should these questions be answered?
1.
To determine out whether abortion is indeed "healthcare", we'd need to know what "healthcare" is. What's the definition?
Unfortunately, there is no definitive definition of the word "healthcare." (Look it up!)
However, certainly, some abortions are indeed healthcare: abortions needed to save a woman's life (and where the fetus will also die if she doesn't have the abortion) are healthcare. Even people who generally oppose abortions are willing to call agree: they'd be willing to call these abortions "healthcare."
What about other abortions, most abortions, "elective" abortions? Are they healthcare?
Really, they don't fit any common definitions of healthcare. (Again, look them up!).
So, they aren't healthcare, at least how it's ordinarily understood.
By now some people are surely upset.
But why?
It's not like this is true:

Doing something is morally OK and should be legal only if it's "healthcare."

And it's not like even this is true either:

Doing something medical-ish is morally OK and should be legal only if it's healthcare.

For example, it's a stretch to call, say, many instances of cosmetic surgery "healthcare" even though they are done in healthcare settings by healthcare providers (or people who could provide healthcare).
So it's not like anything hangs on abortion being healthcare: it's not like abortion must be healthcare or else it's wrong or should be illegal. That's absurd.
2.
So then what's the deal with the insistence, in some circles, with calling all, or nearly all, abortions "healthcare"?
I think it's just this: first, they assume that all healthcare is morally permissible and is or should be legal.
Indeed, that healthcare is permissible and is or should be legal is pretty much assumed by any definition of healthcare. Ask anyone what they mean by healthcare: they are going assume that healthcare isn't wrong: that's just part of the concept. So this is a good assumption.
The next step though is the problem: it's that people who claim that abortion is healthcare are "begging the question," or assuming what's at issue.
Those who "argue" that abortion is healthcare seem to be reasoning like this:

Abortion is not wrong because it is healthcare, namely something done by doctors and nurses and healthcare providers that's not wrong. And so if they perform abortions, that's healthcare, which isn't wrong.

This comes to this:

Abortion is not wrong because healthcare providers perform them and they aren't doing anything wrong.

Ultimately, this comes to this:

This is begging the question, which is circular reasoning. It involves your reason for your conclusion being that conclusion itself (e.g., "eating meat is wrong because it's not right to eat meat!"). It's bad reasoning, always.

So, to return to our questions above:

It depends on the abortion, but in most cases this is false.
No, not at all.
This claim is going to be entirely unhelpful to anyone who doesn't already believe that abortion is permissible and should be legal. To anyone who doesn't already believe that, they are going to react that this slogan assumes that abortion is not wrong: it assumes that any arguments against abortion are unsound. (Maybe they are, but, again, that can't be merely assumed).
These assumptions are unhelpful: merely assuming this gives no reason for anyone to change their mind, or even give anything new to consider. And, for people who say "abortion is healthcare," this slogan doesn't do anything to help them better understand the issues and the why behind their perspective.
So, why do people say things like this?
One set of answers relates to groupthink and "virtue signaling": people say what sounds good to their own in-group, without thinking about how outsiders would respond, and people say these things to show people in the group that they are part of the group.
Is this good? No.
So, another answer is that many people say these things because of a lack of training and education in what makes for good arguments, both in terms of providing evidence for conclusions and in terms of persuasiveness.
What's then the solution here? Training and education about arguments and critical thinking. And that would be good not just for these issues, but all others too. Right?
All other blog posts are available here: here are some of them:
By Nathan Nobis