For example, people sometimes make and deny these claims when discussing abortion:

Some people who oppose abortion don't just say these things, they enthusiastically and urgently make these claims. They even argue for them, insisting they are scientific claims or supported by science.
This enthusiasm, however, doesn't make much sense due to a simple fact about arguments or logic. To use any of these claims to reach a conclusion like "Abortion is wrong," you must add a premise along the lines of this:
But these premises are false, and it's not hard to see why using counterexamples: mold and bacteria are alive, but they aren't wrong to kill. Plants are alive, but they aren't wrong to kill. (Animals, like chickens, pigs, and cows are not good counterexamples, since there are very good reasons to believe they are wrong to raise and kill for the pleasure of eating their bodies: that's true of cats and dogs and these other animals too).
These counterexamples work even if we weaken these general premises to that it's usually wrong to kill these things, or often wrong, or wrong unless there's a good reason do to so (that is, prima facie wrong).
So, although some pro-choice people urgently deny some of the initial claims, there's no need for that since, even if these claims are true (and they are!), no sound argument for abortion follows from them.
At this point, some people respond with this:

You are being uncharitable! This isn't what people mean by "life," "alive," and "living"!

So, the accusation is that "principle of charity" is not being used in evaluating these arguments: their advocates' words are not being put forward in the strongest way. 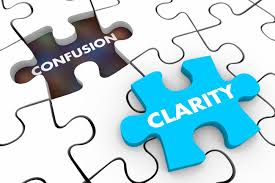 This accusation, however, is misplaced. Discussions like the above are meant to help people better express what they are really thinking, what they really mean. It's an encouragement for them to better employ the "principle of clarity," and express their ideas in the clearest, most accurate, and strongest manners. This is how people learn: they learn from correction and recognizing the need to revise and improve.
So, instead of being hostile to observations that we aren't expressing ourselves in the best ways we can, we should be thankful.
Now, if someone were to respond (and people do respond these ways, unfortunately)—"Those people who say abortion is wrong think that's because fetuses are alive; well, grass is alive too, so it's dumb to think that abortion is wrong!"—that would be uncharitable. But explaining to people why they don't mean what they are literally saying is not uncharitable: it's helpful.
So people who originally focused on fetuses just being "alive" might come back and say that what they really meant were claims like these:
While these are improvements, each of these claims is ambiguous: the person saying them might mean different things, and some of these things are true (and obviously true) whereas others are, well, at least debatable and so reasons need to be given to support believing the claim. And the logical connections to conclusions about abortion—meaning the premises you must add to reach any ethical conclusions about abortion—are often controversial and subject to counterexamples and basic questions about why we should and shouldn't accept them also.
Here some of these concerns, which are addressed more in other posts and Thinking Critically About Abortion:
So, again, each of the claims above would need to be clarified, explained, and defended. And, equally important, the logical connection to any conclusions about abortion added—that essential linking premise (or premises)—explained and evaluated also.
The main theme here is this: "abortion is difficult." It's a complex issue. Understanding it well takes time and effort.
Denying this is an example of common problems, such thinking that people who haven't put in the work to understand issues know as much as experts who have studied an issue for years or decades; that the way to decide what to think and do about issues is to conform with our own social group or "tribe"; that, instead of clarifying what we mean and thinking carefully about arguments—including our own arguments, which might be bad, we should call people names and just shout our own views louder.
This is all bad. Trying our best to say what we mean and employing both the "Principle of Charity" and the "Principle of Clarity" with what we hear and say will help, with this issue and many others.
By Nathan Nobis