A common question that people ask in discussing abortion is this:

"When does life begin?"

"At conception or soon after: after all, a living egg and a living sperm—life—unite to create new life."

People who oppose abortion also sometimes think this answer is "scientific" and that it makes their views on the ethics of abortion "scientific."

Unfortunately, much of this is in error, based on understandable misunderstandings. 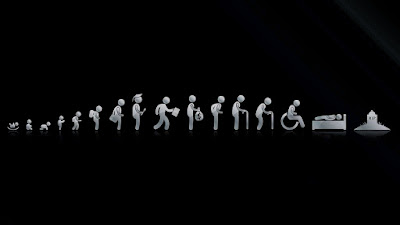 First, moral issues are never decided by science: moral views aren't scientific. Scientific information is often essential to figure out what to think about a moral issue, but it's never enough. Moral principles or other distinctly philosophical premises are always needed to reason from any scientific claims to any moral conclusions. So if anyone ever calls any moral view a "scientific" view, that's a mistake, and it's a mistake that happens on a lot of issues, from lots of "sides" on the issues.

Ordinarily, death occurs with the death of the body, the whole body.

But sometimes the brain dies, but the body doesn't.

So when does someone's life end?

Many people believe, and argue, that someone's life ends when their brain dies (which often happens concurrently with the death of the body but, again, not always).

And so we have the concept of "brain death": when someone's brain dies, they die, even though their body—or the body that they used to be "in"—might remain alive.

If this is correct (and it is, right?), then when does "human life" begin?

If it ends at brain death, then it begins at "brain birth."

When does that happen? At the earliest, around half-way through pregnancy. More likely, perhaps two-thirds of the way through. Maybe even later. This is a scientific question, and so the scientific research would need to be consulted.

This answer is more abstract of course than the common one. (It is, however, and perhaps ironically, an answer that many people who are religious [who, of course, sometimes oppose abortion] are more inclined to accept, instead of a view that identifies them with their body).

Why don't more people know of this view about when life begins and its merits?

I suspect it's simply that many people's views on this issue are not developed on the basis of "fair and balanced" education on the issues: they don't learn about the many options for belief here and decide their views on the basis of their informed understanding. Rather, people often come to these issues by way of what religious and political groups they are members of and then form their views on "groupthink" which, again, doesn't allow for a fair and balanced understanding of the various views and arguments.

What can be done about this?

As I see it, the best options are honestly observing the situation for what it is, and then education and discussion done in good faith and with open-minds, meaning minds open to learning more and critically evaluating any and all proposals, including those anyone currently accepts. Of course, this attitude and approach would be helpful for many, maybe all, issues, so we might as well give it a try.

If you have any ideas, please post them in the comments. Thanks!

All blog posts are here!
By Nathan Nobis