When people have miscarriages, it's a major understatement to say that that they are typically upset: indeed, for them, it is often a life-changing tragedy.

Why is it a tragedy for them? Why are they grieving?

Asking these questions might seem tacky since answers might seem so obvious, but if you wish to be supportive of anyone who has had a miscarriage and is grieving, here's the answer:

any answer is a great answer: any reasons people give for grieving a miscarriage are great reasons.

That is the basis of any supportive, caring person's responses. Caring people here are understanding and supportive of anything grieving people here have to say: they recognize that all their feelings about the miscarriage are "valid" and should be validated. 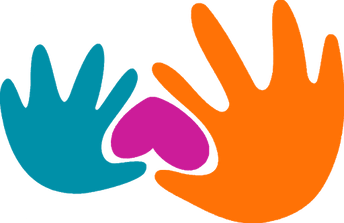 In contexts like these, however, some people sometimes want to be "philosophers," and, with the grieving person, critically evaluate what is said for why they are grieving: do they have a good argument in support of their grief?

Both pro-choice and anti-abortion people do this, sometimes.

How often this happens, I suppose nobody really knows. But it's usually bad whenever anyone does it.

For example, a person grieving a miscarriage might say that they are grieving because they are upset, for their child, about their child losing their life.

Apparently, it is reported that some people want to "argue" with such a grieving person, arguing that the fetus isn't a "child" or that a fetus cannot really lose their life, for some abstract reasons (e.g., for something to be your life, you have to be aware of it, or aware of something).

So they apparently try to convince the person that their grief can entirely be explained by factors other than the fetus itself, for its own sake: e.g., the loss of that expected future with that child.

Again, I have no idea how often this happens, but my bet is that almost always such "philosophizing" is unwelcome: it doesn't make anyone feel any better or provide any kind of emotional comfort or support in a time of acute grief.

And whether their arguments are good or not is irrelevant since now is just not the time or place for this type of philosophizing. (Similarly, a religious person telling someone with a loved one who died that they are now "in a better place"—heaven—is entirely unwelcome, inappropriate, and not comforting, even if that claim happens to be true [and perhaps it is not]).

As another example, pro-choice people sometimes also have miscarriages, or a newborn baby dies, and they grieve their loss.

Some people take this an opportunity to "philosophize" and argue that their grief makes no sense, given their pro-choice views, or that if they are grieving now, they should also think that abortion is wrong.

Again, I have no idea how often this happens, but my bet is that almost always such "philosophizing" is unwelcome: it doesn't make anyone feel any better or provide any kind of emotional comfort or support in a time of acute grief. And whether their arguments are good or not (they are not) is irrelevant to this.

I suspect it is more common for pro-choice people to be on the receiving end of this type of callousness. Pro-choicers readily recognize reasons to grieve miscarriages, so they aren't surprised by any anti-abortion people grieving miscarriages. Anti-abortion people, however, think the pro-choicers are inconsistent or incoherent in their grieving, which makes it more likely they'd be the aggressors here.

For a pro-choice person to respond badly to a grieving person who is anti-abortion, you'd either need the pro-choice person to raise the issue along the lines of "Ya know, if you are mourning here because of your beliefs about fetuses, those beliefs are mistaken" (which is unlikely, since it's just uncommon to "challenge" people when they are grieving, since it's just rude and obnoxious) or you'd need the anti-abortion person to, on their own accord, offer up their fetus-centric reasons for mourning and then the pro-choicer challenge them on that, which is again unlikely. So, again, I suspect it's more common for anti-abortion people to be callous on this issue, not pro-choice people but, again, I doubt there is any great evidence either way.

So, in general, when people are grieving anything, it's best to try to understand their feelings and validate them: don't try to argue people out of their grief or argue that they shouldn't feel how they feel.

However, things aren't so simple and this isn't an exceptionless rule.

The reason for this is just that people can have negative emotional experiences because of false beliefs. Indeed, the major approach to psychotherapy and counseling—known as cognitive-behavioral therapy—is based on this insight: people often feel negative emotions because they have false or irrational beliefs, so a goal of therapy is identifying these beliefs and correcting them, to improve emotional well-being.

What this means is that if someone grieves a miscarriage because they believe that, say, beginning fetuses are people just like you or me, if that belief is likely false, then it might be good to address that, since that might be emotionally beneficial: improving belief should improve feeling.

(Related, if people feel guilty for having an abortion, and they feel guilty because they think they have done something wrong—that's what guilt is a response to—then it is useful to explain to them that they didn't do anything wrong, if there are good reasons to believe that, and there are.)

Likewise, if that belief were likely true, and there are really good reasons to believe that beginning fetuses are people just like you or me, then it could be appropriate to "confront" someone who is totally indifferent to a miscarriage (if there were such a person). While we don't often do this, it sometimes happens that we tell people, "Look, something big happened, and you seem to have no negative feelings about it, but you should!" This might not make them feel better, in the sense of having "positive" emotions, but their feelings might become more accurate to the reality of the situation, if that were the reality.

To answer this requires insight, wisdom, and good judgment (especially in impersonal online environments where it's unclear whether the goal is being supportive, philosophical, both, or neither!). And we all need more of that, about these issues and many others.

Email ThisBlogThis!Share to TwitterShare to FacebookShare to Pinterest
Labels: miscarriage