Abortion "Zingers": What About That??

It's not uncommon for people to offer what could be called "zingers" about abortion.

These often amount to rhetorical questions that, unfortunately, the person asking the question doesn't wait around for an answer to.

This is unfortunate because oftentimes these questions do have answers, good answers.

So the "zinger" attempt is to ask a question that's assumed to be a really hard question that can't be answered—and so get a "gotcha!" moment—except the question can be answered and answered effectively. 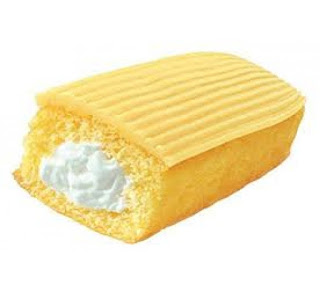 Using "zingers" then reveals that either the person just doesn't know as much about the topic as they think they do, or that they lack integrity in engaging other people, or both (and more!).

What if there was a burning building with human embryos and a child in it? Would you save the embryos or a child???!

The charge is that if someone says that they would save the child, the "zinger" is the accusation that that must mean they think that embryos aren't valuable, or aren't people, and that, ultimately, their view can't support thinking that abortion isn't wrong.

This, however, is just silly. To see this, change the question:

Most people would save their beloved spouse.

Does that mean that the strangers are not valuable, or aren't people, and that it would be OK to push these strangers into a burning building?

Consider a whatabout "zinger" from some who oppose abortion:

Here the thought is that if murdering pregnant women is an especially awful crime (as it is) and should be classified a double-murder or murder-homicide, then fetuses must be persons and abortion must be wrong.

This might be the case, but a little thinking gives reasons to doubt this conclusion.

First, it appears that the murder of pregnant women is, fortunately, rather rare. One source reports this: "the overall pregnancy-associated homicide ratio was 1.7 deaths per 100,000 live births." Another reports: "The pregnancy-associated homicide rate in Maryland was found to be 10.5 per 100000 live births." Whatever the numbers, that's always too many, but it still rather rare. So these cases get special attention, as they should.

Second, although even though around half of pregnancies are not intended, many women who are pregnant do (or eventually do) want to have that baby. Even if they have mixed emotions, they and their families are usually excited for the baby to be born and for their future with that child.

So, what happens when a pregnant woman, who usually wants to have a baby, is that she is murdered and her future with that baby and her family's hopes and dreams for the future for her and that child are wrongly taken away. That's profoundly wrong, what some would consider an even greater loss when there's a murder of a single person. (In this way, this is related to responses to questions about miscarriages).

If we want to make this type of wrong, however, a special crime, we'll have to have a law that makes this a special crime. And it's not going to work to have a law that says murdering pregnant women who want to have a baby is a specially bad crime but murdering pregnant women who do not want to have a baby is not an especially bad crime. For one, in many cases (of the few cases like these) we won't know what category the crime is, since we won't know how the woman feels about being pregnant and what her plans for the future are. Viable laws have to be workable laws.

So if we are going to have a law, it's going to have to be a general law, applicable to murdering any pregnant woman. And, again, most pregnant women ultimately want to have a baby and their families are profoundly looking forward to that future also, and laws often have to be made to cover the majority of cases.

Does this mean that fetuses are persons?

No. The above explanation had nothing to do with whether fetuses are persons. (I will note that, as far as I can find so far, we don't have data on what percentage of murdered pregnant women are murdered late in pregnancy, when the fetus is conscious and feeling; that would be relevant to the status of the crime [see 5.2.4 “What ifs”: rape and later-term abortions]).

Does this mean abortion is wrong?

No. Nothing in the explanation above suggests that abortion is generally wrong.

Is this issue more complicated than many people think it is?

All other blog posts are available here.
By Nathan Nobis

Email ThisBlogThis!Share to TwitterShare to FacebookShare to Pinterest
Labels: arguments