The Animal Rights, "Domination" and "Comatose Newborn Baby" Objections to an Argument for Abortion

One type of argument in general defense of abortion—an argument that abortion usually isn't wrong—depends on the fact that early fetuses are not conscious, aware, or feeling at all, since their brains and nervous systems aren't developed enough to support any type of mental life.

This type of principle relates to personhood—since any being like this wouldn't be a person—and harm: to harm someone is make someone worse off compared to how they were, and that can't happen to a being like this.

Really understanding the argument require thinking through a number of challenging issues: it's not a soundbite or bumper sticker argument. This type of argument is developed in Thinking Critically About Abortion and this earlier chapter. There are many objections to the argument though, and I will review three of them here. 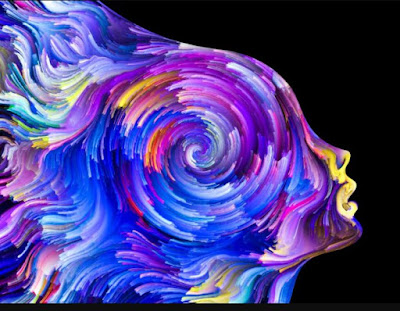 First, some seem to assume that the "consciousness" referred to in this argument is some kind of what I'll call "fancy consciousness"—thinking about calculus, baba ganoush and reflecting on how to live your best life—and so think this argument implies that babies don't have rights.

But the argument doesn't require any such higher-level, "fancy" thinking—all it requires is awareness, feelings, and a perspective: there's a way it is to be that being, for that being.

Some then are concerned that if this type of consciousness is enough for a right to life, then that means that raising and killing animals to eat them would often be wrong. They then react that that's a good reason to reject the reasoning.

This is a curious response though. Almost anyone who gives that objection doesn't have to eat animals: they could eat plant-based foods. And, of course, raising and killing animals is very bad for those animals.

So, on initial appearances, the reaction—"this argument suggests it's wrong to kill animals and so it must be flawed"—seems to be a selfish reaction: "This reasoning means that I need to change my views in ways I don't want and, more importantly, do something that I don't want to do, all for the benefit of someone else that I find to be not very much like me, namely animals." This is selfishness.

Now, what's interesting is that many critics of abortion claim that women who have abortions, and abortion advocates generally, are selfish, because they—critics claim—just want to live their own lives and do what they want to do, but without any concern for fetuses and by rejecting their obligations. "It's just selfishness," they sometimes really say.

Now, isn't this objection to this argument—in light of its implications for animals—just selfish also?

If it is, let's recognize that: most people who call themselves "pro-life" are selfish in that they are not concerned about the lives, and brutal deaths, of conscious, feeling, living beings who aren't human: at least, they are not concerned enough to do anything about it. Now, that's true of most pro-choice people too, and that should be recognized: an honest assessment of the situation is needed to begin making some progress in thinking and doing.

Now, if people, especially "pro-life" people, are not selfish in lacking any serious concern for sentient animal life, we need to hear why: let's see the strong moral reasoning to show that, in circumstances like our's, it's actually generally OK to raise animals to eat them. That's gonna be hard.

If someone shows that they lack the skills and attitudes to responsibly and productively engage ethics and animals issues, we might reasonably doubt that they lack the abilities to responsibly engage the issue of abortion and so doubt the reliability of their judgments on that topic: vice in thinking about one topic tends to spill over to vice in thinking about other topics, since it's the same thinker.

A second objection to the argument above goes something like this:

If having moral rights ultimately depends on being conscious, or having been conscious, as many theories of rights propose, then beings that are more conscious have more or stronger rights than being that a less conscious. Alternatively, those who have a higher "degree" or level of consciousness have stronger rights than those with a lower level or degree, and so the "higher" are entitled to dominate those who are "lower" or at least have moral priority.

This type of objection, however, is very weak, since there is just no reason to believe the suggested implication.

Advocates of the argument above propose that if a being is conscious at all, especially in a way that those conscious experiences are connected and inter-related, then that being has a right to life, or is otherwise typically wrong to kill, in a manner that's equal to anyone else who has that right. They don't claim or suggest anything along the lines of super-smart humans are entitled to dominate simple-minded humans.

So their view is comparable to this: you can pass usually a class with a 70% overall grade, and you can also pass with any higher grade. But any passing grade is equally a passing grade: it's not like a 89% is "more" of a passing grade than a 71% or "A" grades have some claim over "C" students in terms of whether they've passed or not. So whether someone pass a class is determined by a variable characteristic (grades), but anyone who passes a class "equally" passes the class. So, something similar applies with a mind-based theory of rights: if you meet the minimal threshold, you are "in the club," so to speak, and fully and equally in the club.

Overall, this objection is not well developed and is just implausible on its face. If it were rigorously developed and defended, there'd be more to say about it.

Finally, there's an objection that is based on a case like this:

A baby is born, in a coma. That baby has never been conscious. But that baby will become conscious . . eventually.

I don't think this objection succeeds.

First, the case is basically a unique baby that, for all practical purposes, is just like a beginning fetuses in all its relevant features: the claim is basically, "Killing fetuses that have never had minds is wrong because killing a born baby that has never had a mind would be wrong also" and so the reasoning is close to circular. In that way, the argument is question-begging, or assumes that the principle it is trying to argue against is false in making a case that it's false, if the reasoning amounts to something like this:

If this is the reaction, it basically amounts to just assuming the principle is false.

Next, the reactions to the case that it would be wrong to led this never-been-conscious baby die, or kill this baby, are, I think, emotion-driven: people picture in their minds a more normal baby—who would be wrong to kill, since that baby is conscious, aware and has feelings—and those feelings transfer to this "baby," which is nothing like a normal baby, even though they really shouldn't transfer. And this emotional distortion can lead people to overlook these important questions:

So, again, the case does not provide a good reason to reject this type of pro-choice argument: it seems to just assume that what it's arguing against is false, instead of giving a reason that the principle is false (and a reason which doesn't just assume it's false).

Next, the case is very different from abortion, so one could agree that it'd be wrong to let the "baby" die but deny that anything follows about abortion.

For one, the comatose newborn "baby" is no longer dependent on anyone in particular, and anyone's body in particular: anyone could take care of this baby. So, one could plausibly think that, all things considered, this matters and makes a difference: yes, someone, or someones, has to take care of this "baby," given the situation, but pregnant women are not obligated to "take care of" pre-conscious fetuses that are in their bodies and so only they can take care of them: that's too much of a burden which they don't have to take on if they don't want to.

It is a fair question, however, to ask about details about the case: in particular, how long would it take for the baby to become conscious? What if it's 50 years? 80 years? Does that matter? Inquiring minds would want to know. Maybe there'd be a point where people would concede that the time is too much and so the lack of harm here really does matter and so it'd also matter with a shorter time period too.

Next, I think it's important to observe that this "baby" is quite different from a beginning fetus in that it is, as the case is intended, very close to being conscious. And maybe that's an important difference. It's like this:

Suppose I've been studying to get into law school, and I'm doing well, but this is very much because of your help in keeping me on track, encouraging me, quizzing me, and more: I literally couldn't do it without you. You've been helping me for years now, and I've almost made it, since the LSAT (test to get into law school) is in a month and I will do well if, but only if, you keep helping me.

Now, it's within your rights to stop helping me, even if I lose out on my dream of going to law school. But shouldn't you keep helping me, unless there's some real good reason why you shouldn't (like I become mean or ungrateful or ..)? I mean, we've come this far; let's finish this! If you had backed out on all this years ago, that'd be one thing, but we're almost to the end here! Let's finish this so I can make my dream come true!

If this case has a moral or a point (and maybe it doesn't!) then it might transfer to the comatose baby—since that baby body is almost conscious and so maybe there is some obligation at this point to make that happen. That intuition, however, won't transfer to a beginning fetus.

So, all and all, the "comatose newborn baby" objection is not a good one, given the differences and the similarities between this "baby" and beginning fetuses and pregnant women.

Here I've briefly presented a particular type of argument in defense of abortion and three objections focussed on that specific argument. These objections appear to be weak, so they don't provide good reason to reject the argument. If there are better objections, we'll want to find them.