Moral Arguments and the Bible

Some people appeal to the Bible in giving reasons to support their views on ethical issues.

What should we think about arguments like these?
Sometimes there are disagreements about what the Bible says or "really says": e.g., some might say that Bible clearly says this or that about slavery, or homosexuality, or abortion, or eating meat, or the role of women, or polygamy, or capitalism, or being rich, or capital punishment, or war, or violence, or anything else, and you can find other people who deny that, arguing that "the Bible clearly says" the opposite.
This is true also about the topic of abortion: while some people think, or assume, the Bible says that abortion is wrong, there are others who argue that the Bible says no such thing and that, in fact, the Bible suggests that it's not wrong.
But beyond that, these arguments, however, are all always missing essential premises: some logical "filling in" is necessary to make them logically valid, or make such that the premises lead to the conclusion. These premises are these:
The problem, however, is that these premises appear to be false, and that nobody really believes these premises are literally true anyway. This is because it seems that there are counterexamples from the Bible to show that they are false.
There are many lists of Bible verses that make this point: various wrong actions are called not wrong; various permissible actions are called wrong, and we are said to be obligated to do things that we are not obligated to do. (What are good verses that illustrate this point?)
What's the upshot? It's that just because the Bible says an action is wrong, that doesn't mean it is. And just because the Bible says an action is permissible, that doesn't mean it is. And just because the Bible says we must do something, that might not be so.
Sometimes, however, the Bible does give very good, indeed excellent, moral advice: e.g., to love your neighbor as yourself.
This is good advice, but the second upshot of the discussion above is that this is good advice not just because the Bible says so.
Like everything else, there must be good reasons why something is the case.
Given that, what are the good reasons why we should love our neighbors as ourselves?
And what are other moral guidelines - particular verses and general themes - from the Bible, and anywhere else, that we have good reasons to accept, and which do we have good reasons to reject? Why? 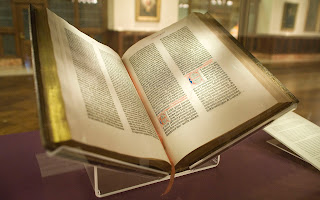 (What's above was originally posted here; what's said here is applied to abortion in greater detail here in Thinking Critically About Abortion at 4.2.1.6 “The Bible says abortion is wrong.” )
All other blog posts are available here: here are some of them:
By Nathan Nobis