Are Pro-Choicers Irrational (for Only Encouraging Voting)?

What can people do to help ensure that women have the legal right to abortion and that abortion access is available?

By and large, the only suggestion that pro-choice organizations and people offer is this: vote!

Voting surely is a good idea and is a necessary part of an effective strategy, but it surely is not sufficient: it's not enough.

Yet, pro-choice people tend to offer nothing else beyond voting to try to help advance their cause. Why is that?

I think it's this: pro-choice people tend to be irrational.

There are a variety of ways that people can be irrational.

One way is to use ineffective means toward your ends: e.g., if you rent a car to take a trip across the ocean, you are irrational.

Another way is to have false beliefs that you would recognize as false if you thought about them carefully enough.

Both of these are relevant here.

First, I think pro-choicers often accept an assumption like this, at least as it relates to abortion:

But the general assumption - that things won't and can't change - is false. That's obvious.

People and organizations who oppose abortion have recognized that change is possible and have been working hard to try to make it happen, from the ground up: they've got "educational" campaigns of many types, all kinds of "trainings" to get people involved and help them better engage the issues and advocate for their point of view, books and webpages geared towards general audiences, "think tanks" to advance their goals and influence policy, and more. They are working for change.

Pro-choice advocates, however, seem to have been mostly "asleep at the wheel," assuming that things won't and can't change on these issues and making almost no efforts to prevent that change or lessen its chances. So:

All and all, it seems like very little has been done to try to prevent where we are at or headed now. This is all despite the fact that there are really good ethical and legal arguments for a broadly pro-choice perspective.

That's not smart, not effective, and not working. 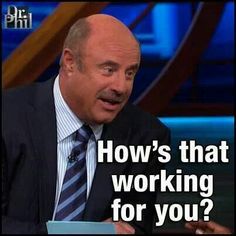 I'll add that a related assumption that may be motivating this do-nothing or do-nothing-effective approach is this:

In general, people with dominant views don't go out to defend their views or shore them up: they just take them for granted and assume the status quo will remain. Think about, say, meat-eaters: thinking there's nothing wrong with eating meat (and so eating meat) is the dominant view: the NY Times had to run a contest for people to try to come up with anything like a decent argument for the ethical acceptability of eating meat, given all the ethical arguments against it. People who hold socially-dominant views don't defend their views unless and until the time comes and they really have to, and then they are often caught off guard. And pro-choice people and organizations are indeed off guard, or so it seems.

So, what can be done about this?

My general suggestions relate to education-related activities and outreach, although surely there are other responses. Knowledge is some power, so at least recognizing this deficiency in knowledge and understanding is a start. Pro-choicers should, at least, learn what types of educational activities critics of abortion offer, and seek to meet and match those activities.

Pro-choicers should increase their own knowledge and understand of the issues. IMHO, one of the best lines of our book is this:

. . people who believe that abortion is generally not morally wrong and should be legal are correct, [but] they sometimes don’t offer very good reasons to think this.

Too many pro-choice people give bad arguments for their views: what they say shows that their understanding is, well, not very deep: they rely on slogans and memes and foot-stomping, which won't do. Knowing more about the issues and arguments, especially the details and dialectic of the arguments, would help pro-choice advocates better engage other people - many of whom are, contrary to false assumptions, good-willed, interested to learn, and persuadable - and become more persuasive.

Pro-choice advocates might not much engage people they disagree with in part because they don't know how to productively do that: they just don't know enough about the details of the issues, and they don't really know what people who disagree with them really think and how to engage in fruitful dialogue on the issues. But they can learn, and they really should: they need to better learn to get beyond their bubble. They should also recognize the potential for some plausible and reasonable compromises: those who oppose abortion do have some reasonable concerns that pro-choicers really should recognize.

Pro-choice advocates not much engage people who disagree with them also contributes to a kind of groupthink among pro-choice advocates, which does no good: for one, it results in what few attempts at persuasion there are being acceptable only to those who are already pro-choice. It also contributes to a cult-like mentality, that anyone must agree with everything some person or organization says in order to be a broadly pro-choice person (and/or somehow agree with what each and every woman says on these issues, as if women don't sometimes disagree on some of the details): this doesn't allow for much, if any, diversity in viewpoints, which is bad.

Engaging these few suggestions here would help increase the rationality of pro-choice advocates. They'd better identifying their goals and a range of potentially effective means to work towards those goals. Reflecting on their assumptions would reveal beliefs that they'd want to revise to improve their own understanding and to improve their abilities to positively engage with other people. It'd result in their understanding the issues in deeper ways, and so hold their views in more reasonable or rational ways, which would improve communication and persuasion.

This final suggestion would also help in engaging with and revealing the irrationality of most opposition to most abortions. Our Thinking Critically About Abortion focuses on the common and philosophical arguments against abortion and, at least, makes a strong initial case that those arguments do not succeed: indeed many of them clearly and obviously fail (as many common pro-choice arguments fail also). Critics of abortion tend toward a more profound irrationality insofar as they accept bad arguments and hold their views for reasons that are just not good (and, unlike pro-choicers, there just aren't great arguments against most abortions): for one, too many of them are naively focused on "when life begins" and whether fetuses are "human." It would be rational for pro-choice advocates to be better able to show this and educate people on this: surely that would benefit their cause.

In sum, current efforts aren't enough: they aren't working, given broadly pro-choice goals. People can do better - and they can do more than just vote on the issues - and they should: that's the rational response to these challenges. Will they? When and how, since people will want to get involved? If not, why not?

Finally, the themes here are relevant to many social movements that are seeking good change or seeking to preserve good progress. Groups and advocates can reflectively and thoughtfully try to seek their goals or not--or they can do that more or less--and surely the "not" and "less" options aren't the best and so they should do better.

There are some interesting things to think about concerning these sorts of responses: for example, are anti-abortion arguments really as bad as arguments for slavery? Arguments for slavery aren't taught in classes as "live arguments" potentially worthy of belief, but it is very common to review arguments against abortion, on the thought that there is at least something plausible about them and so they are worthy of review: is this mistaken? (For many reasons, I don't think so).

Does any other "progressive" movement think that it can "win" with these kinds of "we won't engage the issues" approaches?

So, again, why do people say things like this? I develop an answer here. 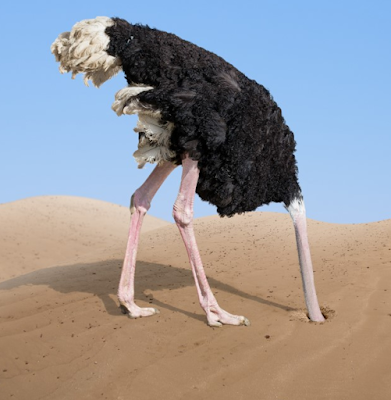