Teaching the topic of Abortion

Someone asked for some tips of teaching the topic of abortion using our Thinking Critically About Abortion book. Here's some advice, quickly developed. 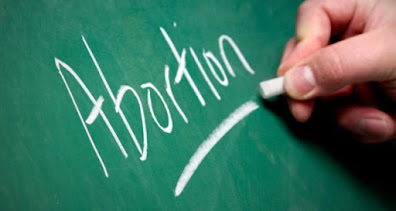 In teaching the topic of abortion, it's important for the instructor to understand how the students understand the issues, to best "meet them where they are at." This is true for all issues, but it's especially important for abortion, given some complexities and complications with the issues that aren't as common in other issues, e.g.:
So, given that, here are some tips to have more engaging discussions or lecture-discussions:
1. Begin by observing that the topic is abortion, and then ask students to define "abortion" or "having an abortion." Get their definitions out and work through them. Some definitions will be question-begging, at least. Others will be uninformative. Find a better definition and show students why it's better.
2. Observe when asked "Why do some people think that abortion is wrong, and why do some people think that abortion is not wrong?" people often respond with circumstances, not reasons: e.g., "it's not wrong with pregnancies resulting from rape." Help with noticing that circumstances are not reasons: e.g., to respond to "Why is stealing wrong?" with "Stealing cars is wrong" doesn't explain why stealing is wrong. So get the to focus on giving reasons . . that might justify their views about the ethics of abortion in various circumstances (including, potentially, all or nearly all circumstances, if they think a generalization is appropriate.
3. Observe that we can, and should, be precise in stating the circumstances: we don't have to talk about abortion in generalizations. We could offer the conclusions that it's wrong in these circumstances .. or that it's not wrong in those circumstances, etc. Asking whether they are saying "some" or "all" about what they are claiming is important. Pull up images or charts of fetal developments and observe that there are potentially relevant differences between very early and far later fetuses. Make a list of the different circumstances that women and girls seek abortions. (I often use this page by Fred Feldman near the beginning of a unit on abortion)
4. The big question though - in response to various conclusions or views on abortion (e.g., "it's wrong in these specific circumstances . .") is WHY? Have students make a list of reasons they'd give for various relevant conclusions. Make those lists as long as possible. See what students say and then, instructors, add the types of reasons that philosophers focus on, if students don't bring them up. I have a very old handout or worksheet that's a result of this list-making activity, which I need to redo.
5. Work through those lists, striking any question-begging arguments. Show them what those are and why they are bad.
6. After that, work through the remaining arguments, stating them in logically valid form and evaluating them as sound. Common "everyday" arguments are easy to work through, but students are better off to know how to do that before they engage more challenging philosophical arguments. Notice that we often need to define words, and work through the arguments on different definitions: e.g., "if by 'human' you mean this, then the argument works out in this way  .. but if by 'human' you mean that, it works out a different way ..."
7. Come to whatever (tentative) conclusions you'd like, depending on how comprehensive your discussion seems to be! If you've only reviewed a few arguments, or certain types of arguments, you might only offer conclusions about those arguments. If your discussion has been pretty comprehensive, you might offer up a tentative conclusion about the broader issue.
OK, these are some quick tips. These are all related to the book insofar as it does a lot of this "set up" work before getting to the arguments that philosophers focus on, so the book can prep students for these in class discussions or used to review and reinforce them.
What further advice would anyone give?
All other blog posts are available here: here are some of them:
By Nathan Nobis