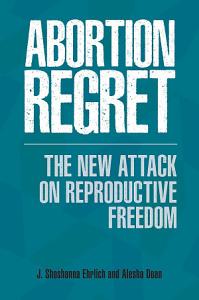 There's some discussion of what's called "abortion regret" which is, obviously, about some women regretting that they had an abortion.

There is a book on the topic (which I regrettably have not yet read) called Abortion Regret: The New Attack on Reproductive Freedom. There's a recent study that shows that most women do not regret having abortions.

This type of information is important—since we should know the facts, whatever they are—but it's fair to wonder why there's been so much focus figuring out these facts and, for some, that the facts are that most women don't regret having abortions. Why would people be so focused on this?

After all, these claims are both obviously true:

These points are just so obvious that I won't give examples to "prove" them since it's so easy for anyone to come up with examples on their own. (It's also true, however, that just because someone does not regret doing something doesn't mean they did something that's not wrong or should not be illegal or criminalized, but that point isn't relevant to much, since nobody is trying to make laws or shame anyone on its basis.) We do, however, discuss some arguments like these in our book in the section on question-begging arguments.

So the questions are this:

If anyone has any good answers, please share them in the comments.

(I will also note that this is another example that illustrates the importance of having skills at seeing the structure of arguments and knowing some [literal] logic. If you see the italicized premises above and see that they are just clearly false, then you see that there really isn't a pressing need to find the details on the facts about the matter either since, even if more women regretted abortions, that wouldn't, at least not in itself, show anything interesting about abortions, morally or legally. And you don't have to be a libertarian or a great critic of paternalism to realize this!)

Email ThisBlogThis!Share to TwitterShare to FacebookShare to Pinterest
Labels: arguments