An "elevator speech" defense of abortion

Simplifying complex issues is often problematic. One problem is that simplications is that they sometimes lead to mere slogans and soundbites that are totally unpersuasive to anyone who doesn't already agree with the point of view of the slogan. Simplifications also sometimes don't contribute to any greater understanding of the issues, even an understanding of why their current understanding might be missing something.

With that in mind, here's a simplification adapted from the Preface of Thinking Critically About Abortion:

Why is abortion not wrong and should be legal?

Such an extended soundbite or "elevator speech" is not perfect, but it has the advantages of raising the questions of why anyone or anything is wrong to kill and the question of what the right to life is a right to.

How would people respond to this elevator speech? What might work better and best?

Here are some ideas from the Respect People Foundation. 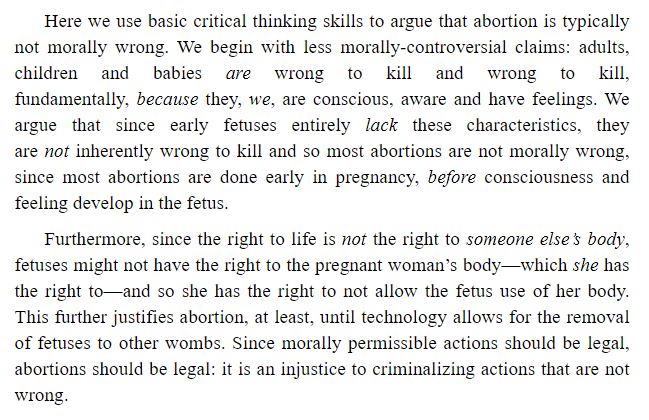