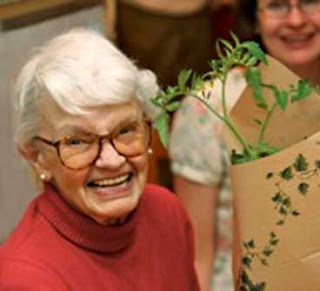 The absolutely brilliant philosopher Judith Jarvis Thomson has sadly passed away. She was an extremely creative and insightful thinker who made important contributions to many areas of philosophy, especially ethics.

Her 1971 article "A Defense of Abortion" is one of the most famous articles of the 20th Century, in part because of the clever, imaginative examples that she develops to illustrate the nature of the right to life. These examples include the Famous Violinist, People Seeds, the Rapidly Expanding Child, and more.

These examples all support the claim (the observation?) that the right to life is not the right to anyone else's body, even if that body is needed for that someone to stay alive.

Her article is the basis for what is sometimes called a "bodily autonomy argument for abortion" but her arguments and insights are not as simple or simplistic as both critics and defenders sometimes make them out to be. Likewise, her article is, in some ways, a foundation for the "my body, my choice" slogan but, again, people who say that typically are unaware of the subtlety and nuance and caution that Thomson gave the issues. Everyone should read and study her brilliant article for themselves.

The Wikipedia summary and discussion of the article is good, and here are links to find works that discuss her arguments in PhilPapers and Google Scholar.

Please read the moving remembrances of her and grateful appreciations of her as a teacher and, well, just a person; some are being posted online.

And here is our brief summary of her arguments from Thinking Critically About Abortion:

Finally, suppose much of the above is mistaken and that fetuses indeed are persons with the right to life. Some think that this clearly makes abortion wrong. Philosopher Judith Jarvis Thomson famously argued in 1971 that this isn’t so.[17] She observes that people often have a naive understanding of what the right to life is a right to. She makes her case with a number of clever examples, most famously, the “famous violinist”:
You wake up in a hospital, “plugged in” to a famous violinist, who needs to use your kidneys to stay alive. You were kidnapped for this purpose. If you unplug, he will die. But it’s only for nine months.
Does the violinist have a right to your kidneys? Do you violate his right to life if you unplug, and he dies? Most would say “no,” which suggests that the right to life is not a right to anyone else’s body, even if that body is necessary for your life to continue.
This suggests that, even if fetuses were persons with the right to life, they would not have a right to the pregnant woman’s body: only the woman herself has that right. So until there is a way to remove fetuses and place them in other wombs, abortion would be permissible, given women’s rights to their own bodies and related rights to autonomy and self-determination, especially about matters concerning reproduction, among other relevant rights. This discussion also suggests another definition of abortion:
●       Definition 4: Abortion is the intentional withholding of what a fetus needs to live, to end a pregnancy.
Thomson’s insights are not without controversy, however. Some respond the violinist case is somewhat like a pregnancy that results from rape, since there’s no consent involved, but claim that pregnancies that don’t result from rape do give fetuses the right to the woman’s body because, they argue, the woman has done something that she knows might result in someone existing who is dependent on her.
Thomson, however, had other cases that partially address this type of concern: e.g., if someone falls in your house because you opened a window, they don’t have the right to be there, even though you did something that contributed to their being there; and, more imaginatively, if people sprouted from “people seeds” floating in the air, and you tried to keep them out of your house but one managed to get in and became dependent on your carpet for its gestation, that resulting person would not have a right to be there, despite your having done something that led to that person’s existence.
We should also notice that the claim that doing something that results in the existence of something uniquely dependent on you grants that something rights to your assistance might be question-begging. Compare doing something that results in the existence of a new plant or dish or random cells that is dependent on you: you wouldn’t be obligated to provide for that plant or cells. To assume that things are different with fetuses is, well, to assume what can’t be merely assumed, especially if we don’t already believe that early fetuses are persons with the right to life. Thomson assumed fetal personhood for the sake of argument to illustrate her claims about the right to life, but the facts of the matter—that early fetuses arguably aren’t persons or have characteristics that make them have a right to life—is surely relevant to assessing this type of claim when applied to actual cases of pregnancy.
It should be made clear though that even if the fetus doesn’t have a right to the pregnant woman’s body, there could be other rights or other obligations that could make abortion wrong nevertheless: e.g., if pregnancy were just 9 hours perhaps women would be obligated to be Good Samaritans towards them, even if fetuses didn’t have a right to the woman’s resources and assistance: ethics isn’t just about not violating rights. What’s important here is that rights to life and personhood are not the “slam dunk” against abortion, so to speak, that people often think they are: things are more complicated than that.
[17] See Judith Jarvis Thomson’s “A Defense of Abortion.” Philosophy & Public Affairs 1, no. 1 (1971): 47-66.
By Nathan Nobis