Is abortion "up for debate"? Clearly, it is! That's why 'ethical literacy' is needed.

A lot of people declare that abortion is "not up for debate."

Saying this is absurd.

Clearly, abortion is up for debate: what do people think is going on?

Maybe it should not be up for debate, but it is. Again, what do people think is going on?

So why is abortion up for debate? And why shouldn't it be?

Abortion is also up for debate just because too few people know how to "debate"!

By "debate" I don't mean to try to convince others of your point of view, by any means necessary, even if your view is unreasonable: that's sophistry or manipulation or "public relations" and that's bad.

By "debate" I mean present and examine reasons given for and against various points of view, with the goal of finding which point of view is best supported by evidence.

"Debate" in this good sense requires skills in defining terms and evaluating definitions, carefully stating arguments, and assessing the evidence. Debate also requires virtues, such as patience, a willingness to seek to understand, fairness, honestly, and more.

Why do too few people lack "debate" skills like these?

There are many factors here, but one is just this: inadequate education, especially inadequate ethical education.

People just have inadequate skills at determining whether actions are wrong or not: they lack the relevant concepts and techniques needed to productively think about complex ethical issues like abortion.

This lack of skills contributes to many people mistakenly thinking no skills are needed to effectively think about these issues and that the issues are simple when they are really complex.

Why do people lack these skills?

Well, where would they get them? Where would anyone develop skills in thinking about ethical issues, especially at higher levels of education?

So, few people have any training or education on how to think about abortion, since they have no training in thinking about complex ethical issues in general.

This lack of understanding leads to many people thinking that the "big questions" here are these:

Likewise, anyone who had a decent class on these topics would realize that common pro-choice slogans like these are bad "arguments" (or that they are suggestive of bad arguments, if we think slogans don't rise to the level of arguments):

A more reflective person would also realize that arguments often have a persuasive function and that slogans like these are totally unpersuasive. These slogans don't change minds and they shouldn't.

So, what's the "solution" here?

Again, the problem is multifaceted, but one thing is clearly needed: education, specifically ethics education, philosophical education, and education in critical thinking and reasoning.

We need ethical literacy. And since a lot of ethical issues depend on science, we need scientific literacy also. (Since scientists are not overwhelmingly positive to ethics education, that's an obstacle here). 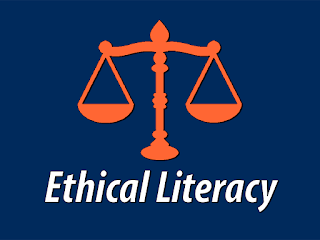 Who needs to develop these types of literacy?

Everyone, but - especially - people who are pro-choice. That they haven't effectively made their case - they too often rely on slogans and bad arguments, when they don't need to, since there are good arguments they can appeal to - contributes to abortion's being up for debate. Thoughtful, reflective, and systematic attempts to make their case - which would be more persuasive to many - would make the ethics of most abortions not up for debate, as it should be.

Note: some of the themes of this article were developed more in this 2021 Salon article:

Why the case against abortion is weak, ethically speaking
All other blog posts are available here: here are some of them:
By Nathan Nobis