What if it Really is About "The Babies"? On Anti-Abortion Motivations

"It was never about 'the babies.' It's about controlling women."

Pro-choice advocates sometimes say things like this to try to explain what motivates anti-abortion activism, including now successful efforts to make even early abortions illegal and criminalized.

Their suggestion is those anti-abortion advocates are not really concerned about stopping embryos and fetuses (what they often, mistakenly, call "babies") from being killed via abortion: that's not their real motive or goal. Rather, their real goal is controlling women: men controlling women.

These suggestions, however, are, unfortunately, absurd. The sooner this is all recognized as absurd, the closer anyone fixated on this theory of the motivations of anti-abortion people will be to doing something potentially more productive for defending abortion. 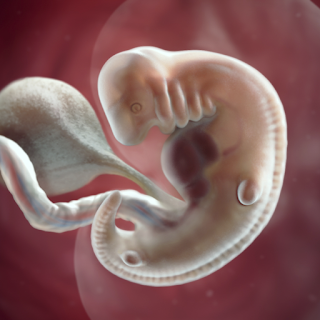 Why is this absurd?

Why would you focus on an abortion ban unless you thought there was something especially important about abortion, like that abortion is a great evil and so a top priority in need of being "controlled"?

Here's what John Seago, the legislative director of Texas Right to Life says:

There is an unethical procedure at the heart of this debate. Elective abortion is the epitome of an injustice. It is a larger, stronger group using violent force to take the life of a smaller, weaker party. You don’t have to have a religious background or be motivated by faith to realize that’s not the kind of society we want to live in. I’ll look forward to the day when our laws reflect that we have moral obligations to the most vulnerable populations around us.

So he says their motivations are all about "the babies," or the ethics of abortion. And there are many women who agree with him: it's not like only men, or mostly men, agree with this ethical judgment about abortion. "Don't erase 'pro-life' women!" these women say.

The argument sometimes is that if abortion critics really believed abortion is wrong, they would do all sorts of other things—support pregnant women, advocate for readily accessible contraception and universal health care, and more—yet they don't. "Hypocrites!" they say.

While we might wish that anti-abortion advocates were like this—more like the Good Samaritan from the Bible—it might be that they don't really "have to": their position doesn't require it: they aren't somehow inconsistent by not advocating for any of this. Their view is just that it's wrong to intentionally kill innocent human beings or people, including fetuses.
Must they also think that they must help anyone out? I think they can honestly say that that's not their focus, even a "no comment": their focus is on (in their view) these very wrong intentional killings of fetuses. They can say that their focus is on preventing harm to fetuses, not producing benefits for anyone else. (Whether this distinction ultimately makes sense is unclear though).
Pro-choicers object: "But then they should then also be concerned about IVF, which involves at least the deaths of embryos! They should be concerned about learning how to prevent miscarriages!!"
Maybe, but maybe not: neither of these involves intentional killing. And they might argue that abortion is worse than these, since it can be, in rare, far-later abortions of fetuses that might feel things. They might also have no clear idea how to respond to these other issues: they might sometimes not even really know about them, and they might even be genuinely hypocritical or irrational or even dumb.
But that doesn't seem to be a great objection to their claim that it's wrong to intentionally kill innocent human beings or people, including fetuses. None of this shows that they don't really believe that and that isn't their motivation.

Now, what's important is that they are incorrect about their various core claims and moral claims:

Beyond these simple arguments, there's a whole more sophisticated discussion about what makes human beings have rights (such as the right to life) and whether fetuses have those characteristics, what the right to life really involves (is it a right to assistance, such as a right to the type of benefits a woman or girl provides to a fetus?), what we are, in our essence—are we our minds, or our bodies, or both?—and more. Abortion is a complex moral issue, but most enthusiastic anti-abortion advocates are not much interested in this complexity.

But addressing, first, the common and simple but demonstrably bad arguments against abortion and, next, the more complex arguments about abortion is part of the key to defending abortion: slogans, groupthink, and "virtue signaling" (saying what sounds good to people who agree with you) are not. Pro-choicers denying that anti-abortion advocates are motivated by ethical concerns and not engaging and critiquing those ethical claims and arguments certainly is decidedly not contributing to progress on this issue. Pro-choicers recognizing that, ultimately, the abortion debate is very much about the ethical status of fetuses and responding accordingly might do some good: it's definitely worth trying.

So, to return to the quote above, here's what we should say:

Since what is said here is false and unreasonable, more pro-choice advocates understanding and explaining why that is so, to wide and diverse audiences, might do some good. Responding "You just want to control people!" and other speculations about motives and intentions do not engage, much less refute, what is said above. We might say that motive-questioning responses like these have been proven unsuccessful, so we can and should try something new and better, like giving arguments for our views and critiquing the arguments of those whose views we think are mistaken and harmful. What have we got to lose?

A response from DefendingFeminism.com:
Are abortion restrictions about controlling women? A response to Nobis